Let Us Inspire You! 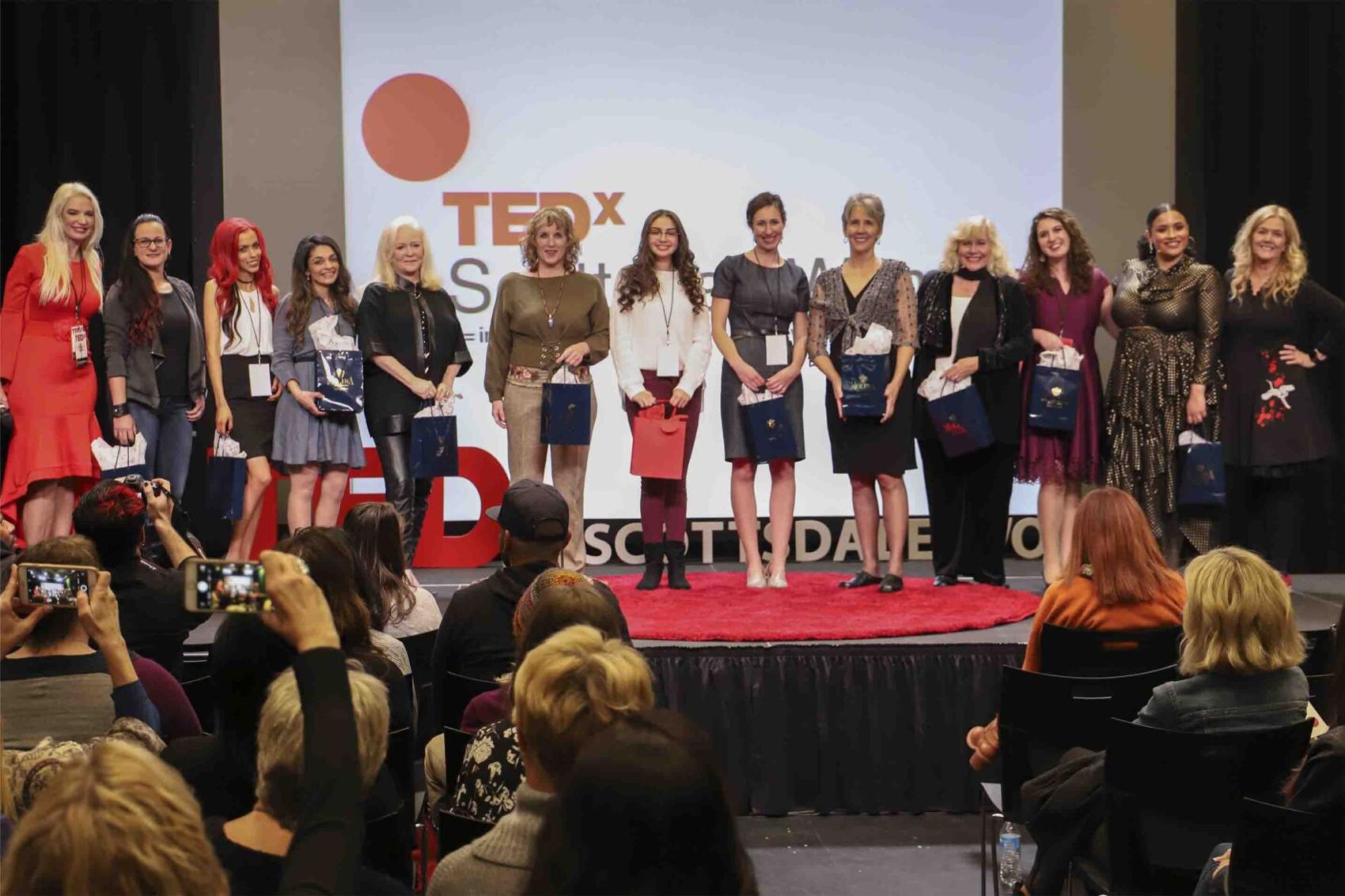 From Scottsdale Progress by Kristine Cannon:

On Nov. 20, eight women will take the Sneaky Big stage in Scottsdale to share inspiring stories of reinvention as part of this year’s TEDx Scottsdale Women event.

Held 4-6 p.m. and 7-9 p.m., this year’s TEDx event will not only educate and empower girls and women but also “create a culture of excellence that shows them what’s possible for women in our community,” co-organizer Kelly Sallaway said.

Traveling from Hildale, Utah is Briell Decker, who was 18 when she became the 65th wife of cult leader Warren Jeff, who is now nine years into a life sentence for sexual assault.

After three years of harassment, Decker escaped but later returned to the $1.2 million, 44-room mansion where Jeff and his wives lived. She transformed it into a refuge for other women fleeing the Fundamentalist Church of Jesus Christ of Latter-day Saints. Today, that refuge is called the Short Creek Dream Center.

This past weekend was Decker’s and the rest of the speakers’ first time interacting with the TEDx team in person.

“We’ve only ever seen their application and their one-minute videos,” said event organizer Jeanna Valenti.

Of the 100 women who expressed interest in the event, 65 actually submitted the required application and video introduction.

And of the 65, they narrowed it down to the final eight: Kristy Bidwell, Sonja Bochart, Valerie Fitzgerald, Cynthia James, Dr. Gladys McGarey, Janice Phillips, Liliana Soto, and Decker.

Valenti’s own experience inspired the theme of this year’s event, “Rewrite Your Script.”

After she was laid off from her long-time corporate job last year, Valenti focused on public relations for clients in the mind, body, healing, well-being and personal-transformation areas.

She is also a Seven Spiritual Laws of Yoga instructor, a certified meditation instructor and a certified Reiki Master who is writing her first book, “The Yoga of Marketing.”

“When I was just brainstorming, I thought, ‘If I were the audience for this TED Talk, what would I want that theme to be?’ And that’s where it emerged. It was really just from my own seeking some inspiration,” Valenti said. “It was personal.”

Both TED, a nonprofit organization and the Sneaky Big venue had a slew of health and safety protocols for Valenti to implement and follow, including hiring a cleaning crew and a COVID-certified medic who will take the temperatures of attendees at the door.

Masks are also required and the audience size was slashed from 100 to 70 attendees.

Despite the challenges, however, Valenti believes this year is the perfect time to bring the TEDx Scottsdale Women back.

“We want to inspire, motivate, educate, engage and entertain our audience during a time when the community wants and needs to come together,” Valenti said.

Proceeds raised from the event will be donated to Phoenix-based nonprofit Ryan House, which provides respite care, pediatric palliative and end-of-life care.

“We are grateful to be named the beneficiary of this very timely and worthwhile event,” said Ryan House Executive Director Tracy Leonard-Warner. “Much like the services we provide at Ryan House, this event enables us to shift our focus on stories of re-invention, inspiration and transformation.”

“This will be a power-packed line-up and an event that Scottsdale women won’t want to miss,” Moellenberdt said.

Valenti hopes attendees can realize that reinvention and transformation is possible.

“These women that we’re showcasing, they really show us that truly anything is possible – and I hope that the audience experiences that rejuvenation and that hope that it is possible to reinvent yourself and transform,” she said.

The Scottsdale Standard published an article about TEDx Scottsdale Women!

Next post TEDx Scottsdale Women was featured in Scottsdale Independent!